Top 10 Differences Between Americans and Australians 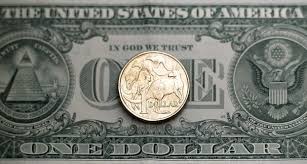 1. When they are in auto wrecks, Americans call a lawyer.  Australians call an ambulance.

2. Americans put on 46 pounds of protective equipment to play football.  Concussion is part of the scoring system in Australian football.

4. America has a vast nuclear armoury.  Australia has a promising archery team.

5. America has a public holiday for an assassinated civil rights leader.  Australia has one for a horse race [the Melbourne Cup].

6. Americans declare their domestic sports teams ‘world champions.’   Australians figure you probably need to clear customs to do that.

9. The word ‘irony’ appears in the Australian dictionary.

10. America kicked out the English in 1776.  Two hundred and three years later, Australia voted to keep them because we weren’t so sure about replacing Queen Elizabeth with Olivia Newton John on the coins.

international executive search consultant / author-- dispensing career advice about how the job market really works
View all posts by Dr. Duff Watkins [www.execsearch.com.au] »
« Honesty ≠ Truth in job interviews
How To Recruit in Australia (and 11 Reasons Why You Should) »