Plenty of people start new jobs.  But if you’re starting as the new boss, you’re transition may be tough.  A bad impression by a new leader at the start makes it hard to regain the trust and respect of your team.

It’s a fact, whether you’re the President, Prime Minister or a CEO, people scrutinise your first 100 days.

Hear that sound?— tick, tock— that’s your time running out.

Companies and situations differ but basically the first 30 days are dedicated to forming a strategy and a game plan by which to implement it.

The second 30 days are for determining what needs to be done and by whom and includes identifying some strongly symbolic early successes.  The final 30 days are about putting the right people in the right roles.  After all, it’s through them that you’ll attain success.  Underlying all this is your message management, ie, ensure that your message is consistent and that you ‘walk your talk’. 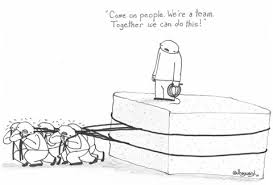 The 3 mistakes you want to avoid when settling into your new corner office:

Mistake #1: “Repointing” and other fads

Many CEOs want to change things and be known as ‘change agents’ (whatever that is).  That’s fine if you’re hired to make changes.  It’s not fine if it leads to an undue focus on a company’s systems, structures and processes, that typically culminates in a new organisational chart. 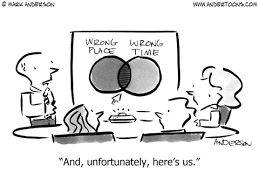 The fad word (and it won’t last long) for this restructuring is “repointing”.  Whatever it’s called the problem is simply that it confuses activity with progress.  Shuffling minions around is activity; leading people is progress.  Remember too that structural changes affect the whole system.  So your quick, feel-good, make-me-feel-important re-shuffling action has unpredictable impact on the company culture, existing behaviours, vision, values, mindsets, etc.  That’s why you don’t want to rush it.  It takes time to adopt a broad, whole-system view.

Everybody wants to impress and be well regarded.  Especially new leaders. 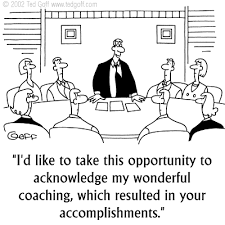 Trouble is, this is self-centered, transient and leads to errors of judgement.  A new leader needs to strive not strain.  Burning yourself– and others— with mindless activity when reflection and thoughtful analysis is required will not lead to your success.  In fact, it may get you fired.  Fast.

Pace yourself.  You’ve had the wedding, now get on with the marriage. 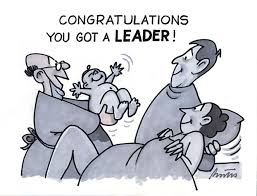 The biggest mistake new leaders make is entering with preconceptions and misconceptions about a business.

This can sabotage everything.  It’s difficult, if not impossible, to join a company from the outside and have an adequate knowledge of the stakeholders and their wants and needs.  In order to find out, you need to shut up and listen.

Sure, you can test your preconceptions in the day-to-day reality of the role; you’ll learn a lot that way.  Just don’t make big decisions before ensuring that your assumptions are correct.  When Lou Gerstner became CEO of IBM he spent a lot of time unlearning a lot about the company.  Being inside a company is always different that being outside and looking in.

Let’s call it the “listening and learning phase”, because that’s what it is.  Concomitantly, it’s also the “building relationships’ phase” because you sure won’t succeed without the relationships that make change first, possible and second, effective.

By the way, we offer a Succeed Before You Start program for new leaders.  You can now accomplish in 90 days what used to take 9 months.

international executive search consultant / author-- dispensing career advice about how the job market really works
View all posts by Dr. Duff Watkins [www.execsearch.com.au] »
« Getting from Here to There: double think your way to success
Your Organisational Crutch (…and how to get rid of it) »